FINALLY, I have made it to the last of the fall shows, the triumphant end of fashion month in Paris.  At the top of the pack were my perennial favorites Alexander McQueen and Balenciaga, as well as new favorite Haider Ackermann.

This season, Sarah Burton continued to prove herself a deserving successor to Alexander McQueen.  Burton's models channeled a snow queen, the ice-cold, devastatingly fierce variety.  The collection opened and closed with all-white looks, but also featured numerous all-black looks that still read "snow queen".  The silhouette and craft of McQueen's legacy was there--in the strict wasp-waisted forms, and the intricate couture level of detail. Every look had a toughness about it, even the most delicate of dresses.  Leather harnesses, rigid collars, and porcelain-embellished bodices gave the pieces an edge.  The final voluminous white gowns were breathtaking...hello, dream wedding dress! 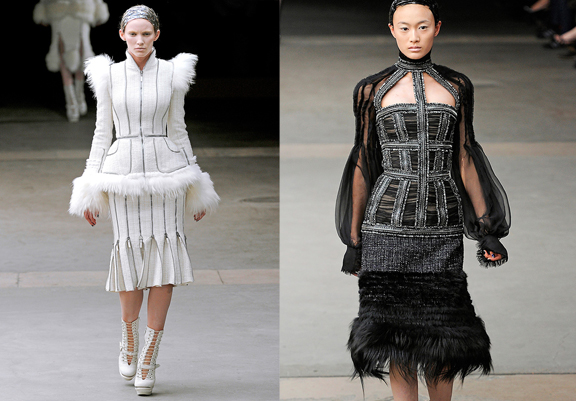 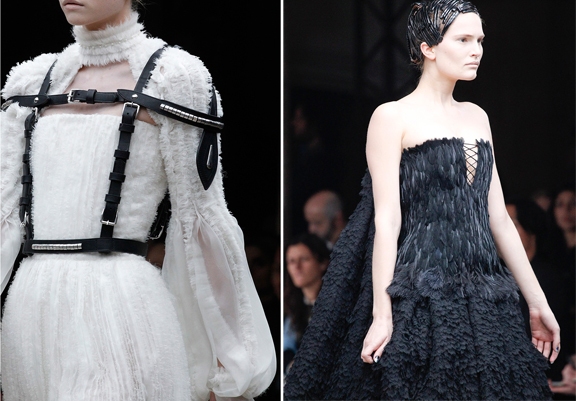 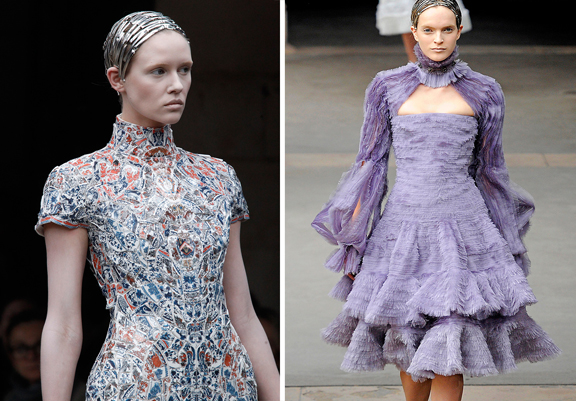 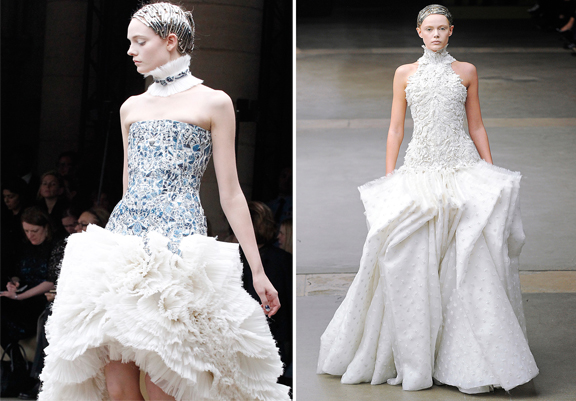 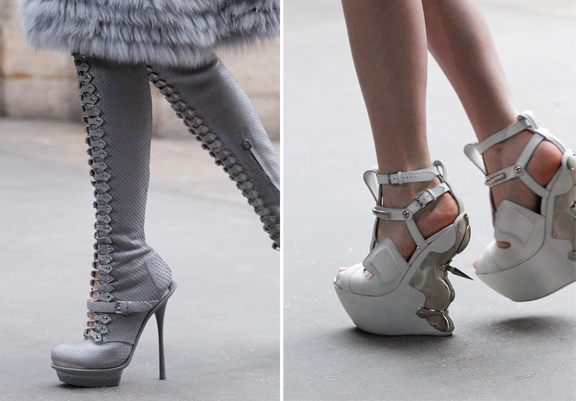 This was one my favorite collections of all of the fall shows.  Haider Ackermann's elegant draping was so unusual and cool--he is truely an artist.  Languid silks, frayed at the edges, were tucked and twisted in a seemingly halfhazard manner and paired with tough leather belts and gloves.  Slouchy and untucked, every look had a beautiful insouciance.  Ackermann received a lot of press this year when Karl Lagerfeld offhandedly mentioned his name as his successor at Chanel, but it is Ackermann's own line that deserves attention.  His fall collection was another solid performance and I can't wait to see what next season brings. 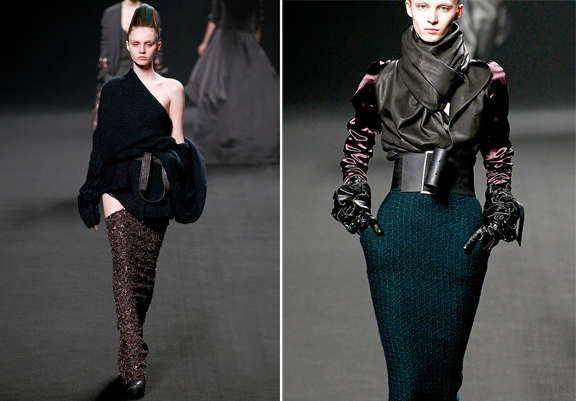 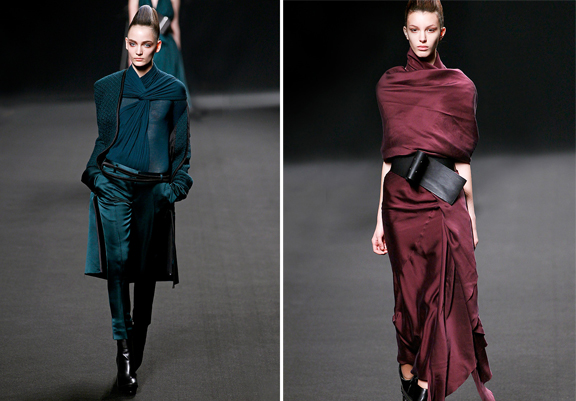 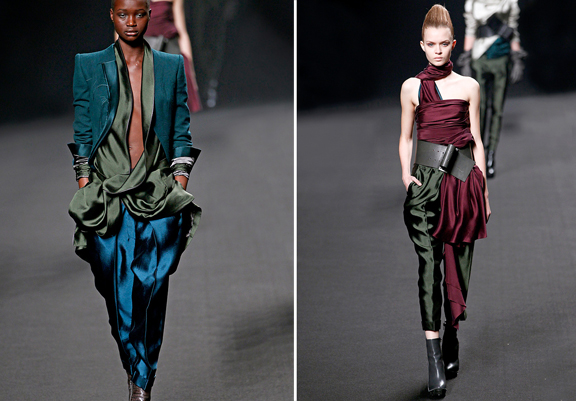 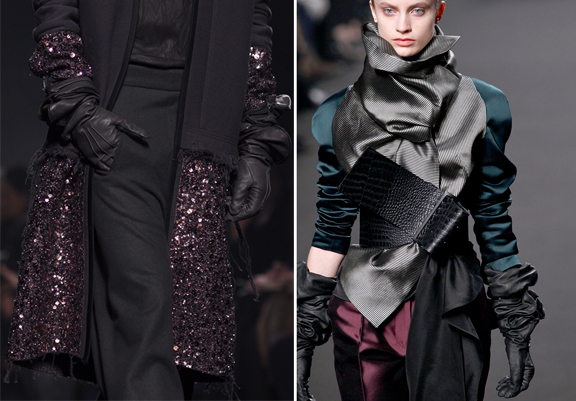 Nicolas Guesqiere's fall collection for Balenciaga fused the avant garde and wearable.  He opened with a series of floral dresses layered under black knits, worn under woven faux-leather jackets--the recipe for a killer look.  The bold florals and cocoon silhouettes throughout were a nod to Balenciaga's couture heritage, but were interpreted for the modern woman.  Styling was a strong point in the collection, and will undoubtably be copied over the next year--the open-weave knits over florals, dresses over slim pants, and colorblocked separates were right on trend.  The accessories were spot on as well--the baroque-print clutches and pointy sandal/bootie hybrids could stand on their own.  Overall, it was a fresh, memorable collection. 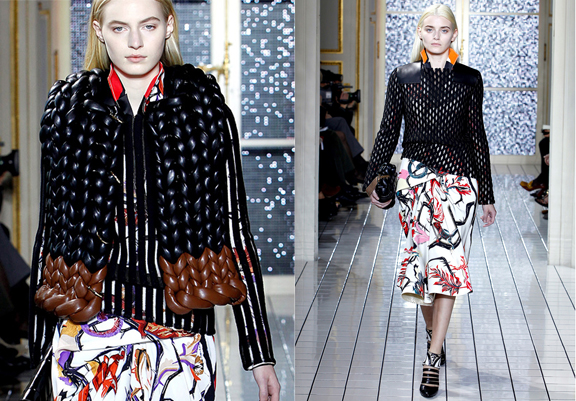 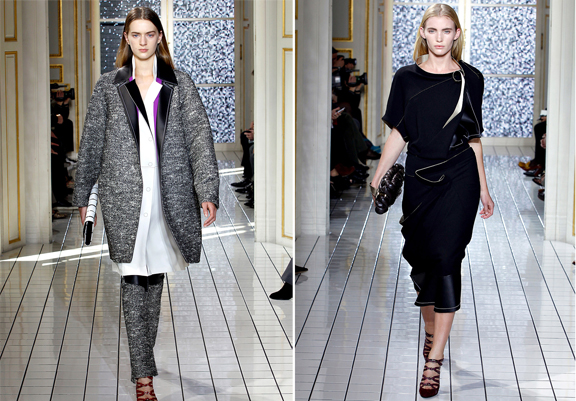 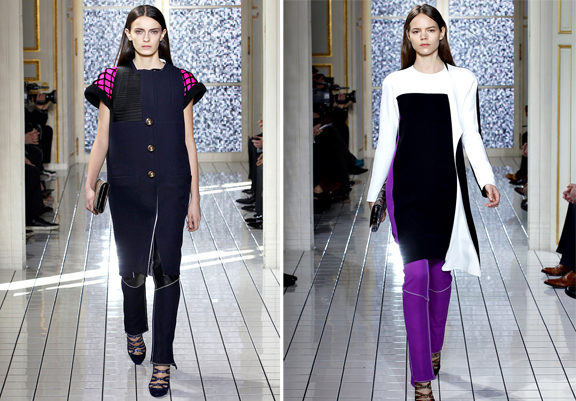 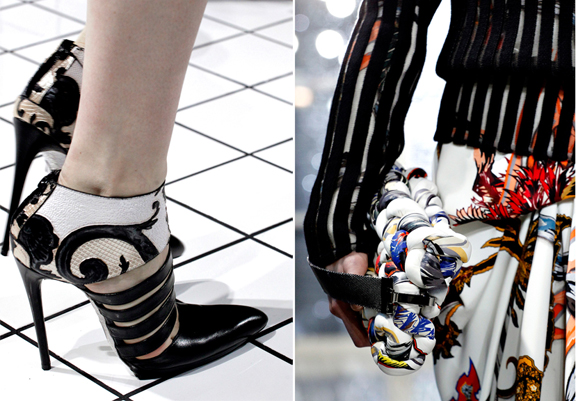 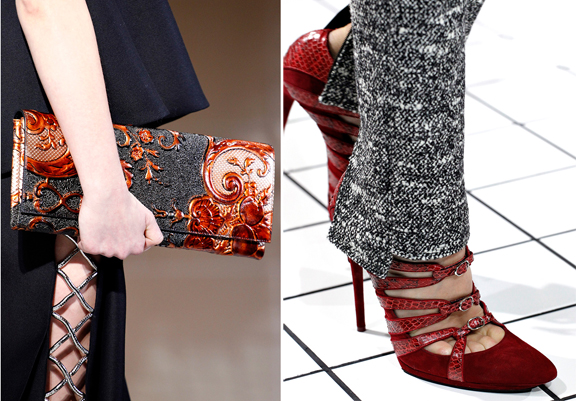