Leave it to an event as faaaabulous as the Met Gala to pull me out of my blogging hibernation (nope, the royal wedding did not do it).  This year's gala honored the late Alexander McQueen, and kicked off the Met's summer-long exhibition, "Savage Beauty", a retrospective of the designer's work.  I have been looking forward to this event for months, because it's McQueen!  And fashion people!  All on one red carpet!  In a bizarre turn of events, very few celebrity attendees wore McQueen...in fact, more wore Stella McCartney.  Disappointing, but the gowns still were more interesting than the Oscars.  Thankfully, several of the models turned it out--after all, they are pros.  To get my dose of McQueen, I will be visiting the exhibition in July, and I've pre-ordered the collection book!

Here are a few of my favorite looks from the evening. 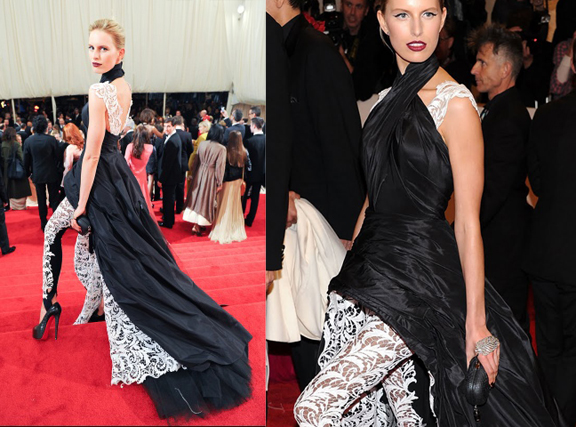 She may not have worn McQueen, but model Karolina Kurkova absolutely killed it at the gala.  Her couture dress brought the McQueen spirit, and she owned the red carpet.  Favorite gown of the night! 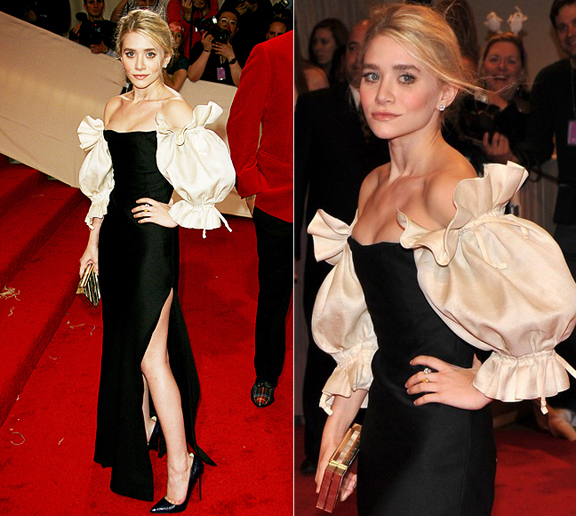 The proportions of this dress look amazing on Ashley. 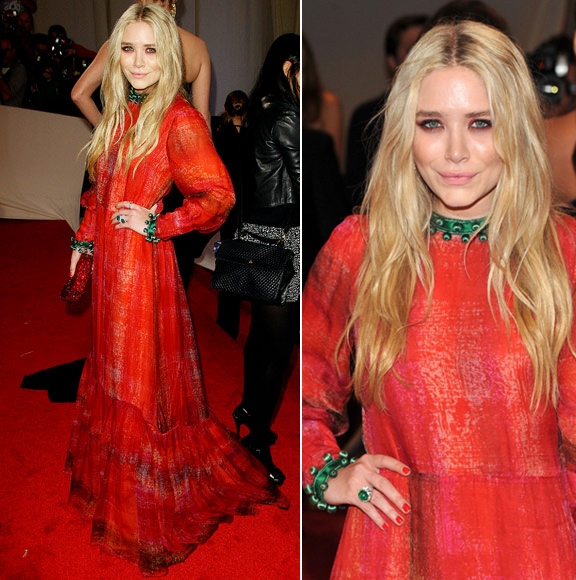 Those Olsens have a great eye for vintage.  Somehow, Mary Kate's red and green combo works without looking Christmasy.

SOLANGE KNOWLES IN DRIES VAN NOTEN
﻿﻿
I loved this dress on the runway.  Dries van Noten is an unexpected choice for Solange, and she is rocking it.

This is the best Liv Tyler's looked in ages.

There were several Marchesa numbers at the gala, but Shalom's dress really channeled the sculptural quality of McQueen's designs. 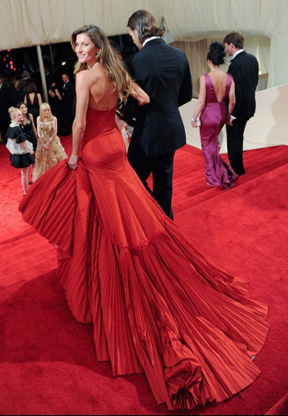 Gisele looked every inch the supermodel--I think Tom Brady's pose in this photo says it all. 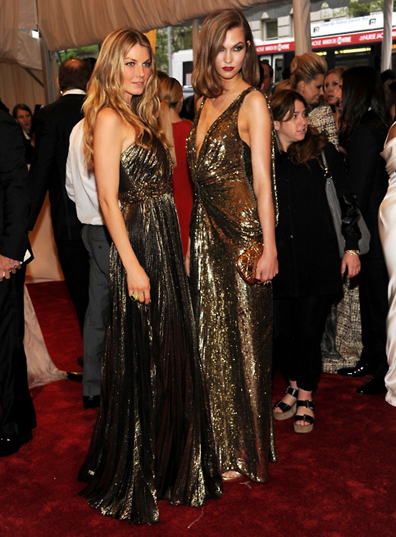 Double win.  Both Angela and Karlie looked flawless in Dior.

Karen wore a dress that she originally modeled on the spring 2004 runway.

Raquel was the only lucky attendee to wear a gown from the most recent McQueen collection.

This is kind of a bland dress, but Natasha looks insanely fierce.

Constance wore one of the ethereal dresses from Sarah Burton's first collection for McQueen. 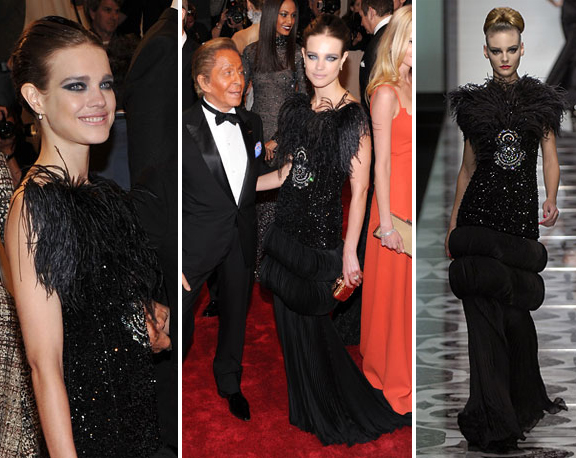