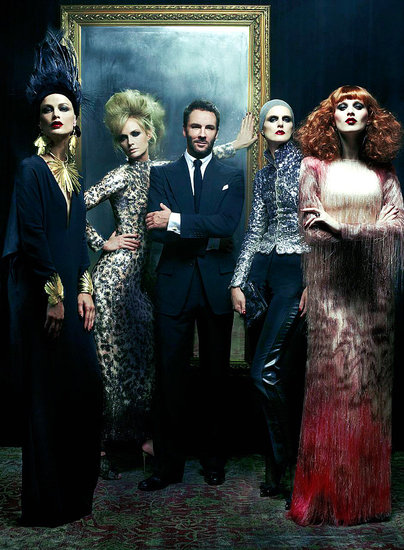 Since retiring in 2004 from his reign at Gucci, Tom Ford's return to womenswear has been highly anticipated.  At long last, he showed his first women's collection under his own label in September.  It was an unconventional presentation, shown only to a small group, and modeled by a handful of Ford's celeb friends (including Beyoncé, Julianne Moore, and Rita Wilson) and select models.  Unfortunately, it was an ultra-private event, and no images from the show were released until Vogue's December editorial of the collection, and now this week, in a short video of the collection.  The clothes are beatiful, but more notable is how much fun the models and audience are having--so rare in fashion.

The song playing in the video is by Karen Elson (supermodel and wife of Jack White), who also walks in the show.
Posted by maria b g at 1/04/2011