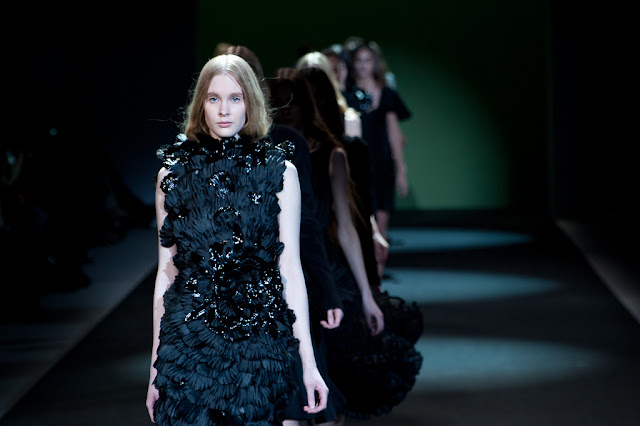 Once again, I packed up and headed to NYC for Christian Siriano's show at the Lincoln Center.  And once again, I was impressed at Christian's designs and showmanship.  Inspired by the black orchid, this was a more somber, subdued collection for him.  The show opened with sheer asymmetric skirts under sharp double-breasted blazers--all in black.  Very modern, a touch gothic.  The looks progressed to suits, sleek cocktail dresses, and petaled skirts and dresses.  Color was introduced, but in moderation--understated mauve and moss.  The show closed with a series of dramatic gowns (in typical Siriano fashion), with a ruffled, tucked ball gown skirt as the final show stopper. 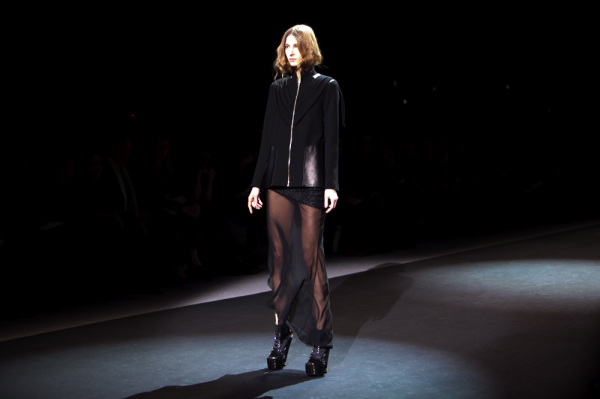 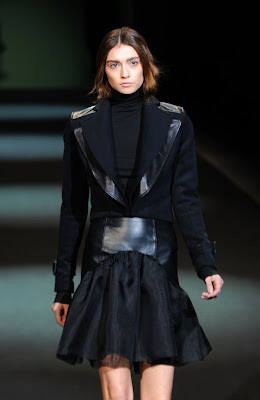 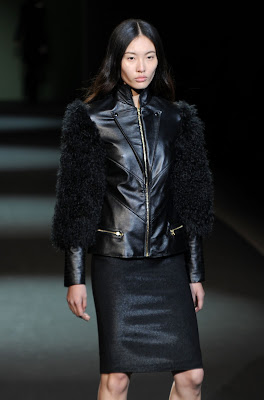 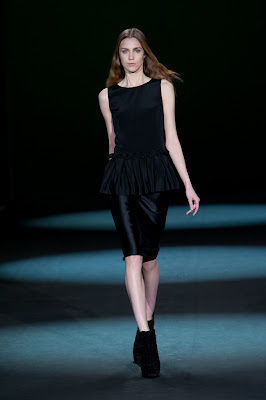 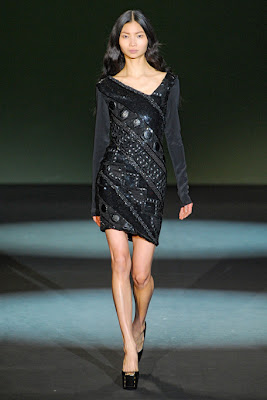 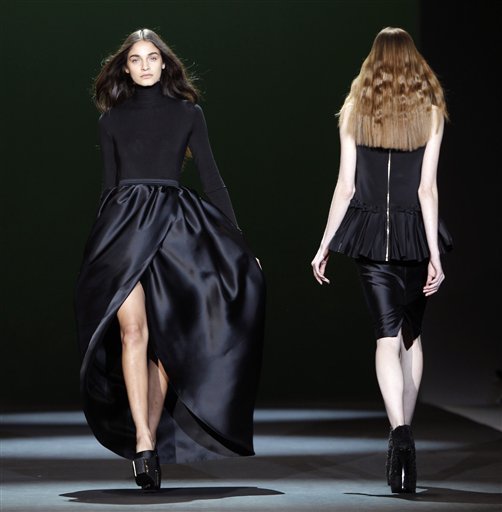 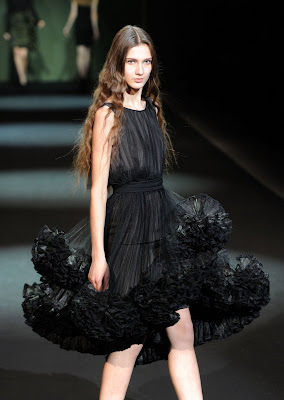 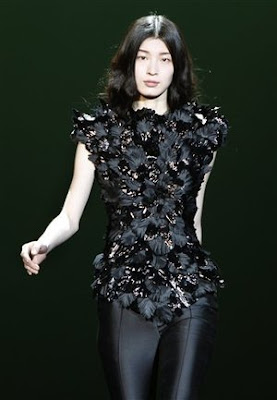 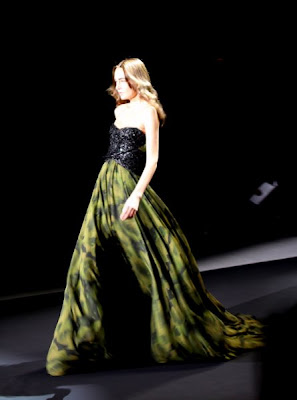 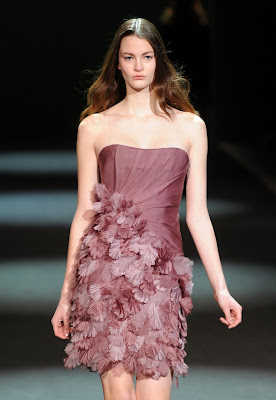 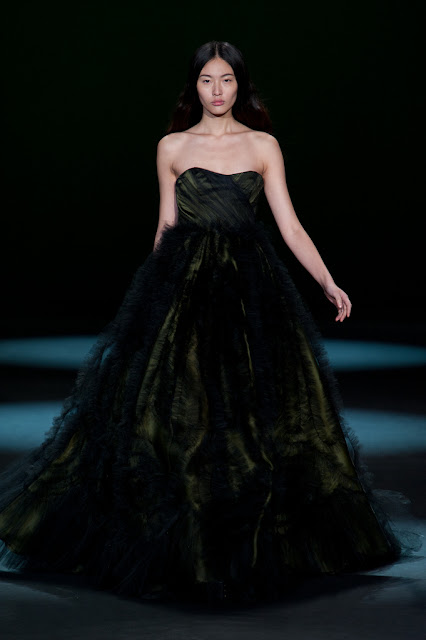 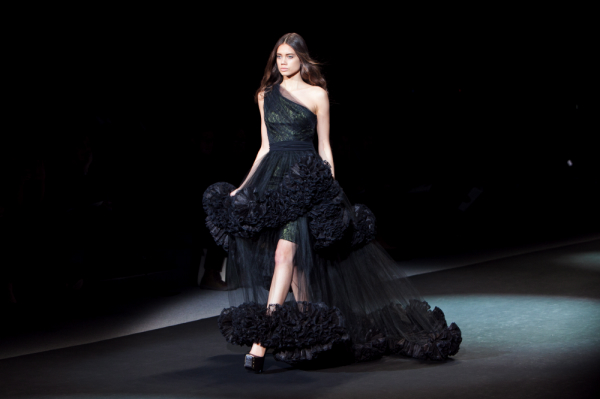 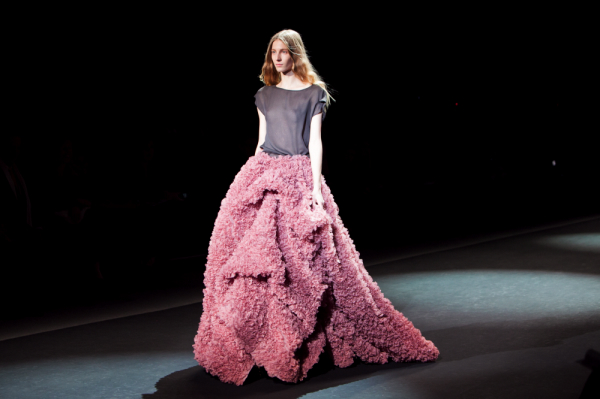 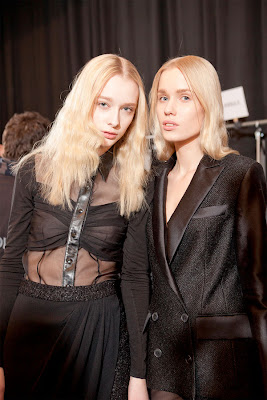 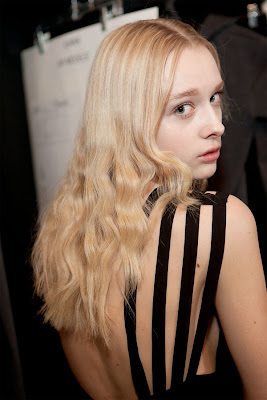