The Oscars is The Event of all events for actresses (or their stylists) to pull out all the stops and dazzle viewers with world class fashion.  Unfortunately, everyone is afraid of being on worst dressed lists and ends up playing it safe.  But!  What if I could choose what actresses would wear on the red carpet?  Well, I'm glad you asked...

Anne is hosting, which means many costume changes (I hope!).  Her uber important role, coupled with an incredible ability to pull of tricky couture gowns, should result in some stunning fashion moments.  I have an amazing lineup chosen for her.

Michelle has a penchant for slightly frumpy and overly twee dresses.  She is never going to do straight up  bombshell, and I am ok with that.  Keeping this in mind, I have chosen some modest, yet fabulous, couture options for her.

The Best Actress Oscar favorite (or so I hear) needs a fierce maternity gown to live up to her Black Swan role.  These dresses would be perfect for a Black Swan reference, and I think they would work as maternity wear...although I am not an expert in this area. 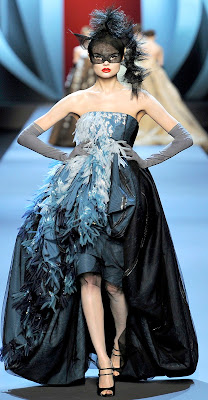 Christian Dior Couture Spring 2011 and Oscar de la Renta Fall 2011
DIANE KRUGER
This is a woman after my own heart, who actually takes risks on the red carpet.  I have decided it is time for her to have a McQueen moment.  She can pull it off, so why not?

Tilda always brings the avant garde to the red carpet.  With her striking features and commanding presence, she can pull off just about anything.

Cate the Great has proven time and time again to have impeccable taste.  She would work these sparkley column gowns to the max.

There is a 99.9% chance that January Jones will wear Versace, since she is the face of their spring ad campaigns.  I would be completely happy with that, because these gowns are works of art. 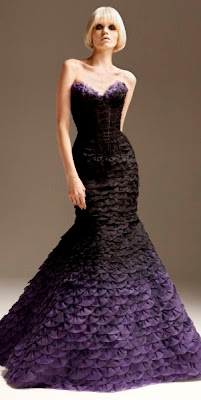 Helen Mirren looks indisputabley awesome for her age.  I am always amazed at how stylish and well put together she is on the red carpet.  She seems to favor Elie Saab, whose feminine designs work well for her.

Amy is kind of run-of-the-mill when it comes to the red carpet.  I think she should amp up her style with this dramatic Gucci (fresh off of Milan's runways) or Reem Acra.

Julianne is a gorgeous woman; it's a shame she usually ends up wearing dresses that don't work for her on the red carpet.  I think she should stick with a sleek, flattering silhouette.

And lastly, Helena always brings the kooky to the red carpet, which is why I love her!  She likes her dresses dark and a little bit crazy, and I found just the one for her. 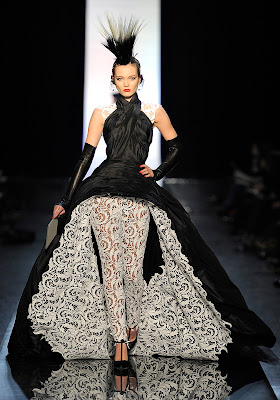