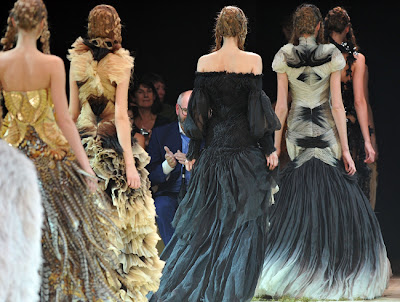 Before launching into my favorites from the Paris spring collecions, I think the Alexander McQueen show is deserving of its own post.  There was a huge amount of hype surrounding this collection, as was is Sarah Burton's first runway show since taking over as head designer after the death of Alexander "Lee" McQueen.  Thankfully, she turned out an exquisite collection that would have made McQueen proud.  Sarah stayed true to the brand, referencing trademark McQueen silhouettes and techniques, and incorporated her own softer, slightly earthy touch.  The collection was less severe and theatrical than your typical McQueen, but it had its own genius in the spectacular braided hair, wheat accents, and intricate nature-inspire textiles.  Also, the shoes are to DIE for. 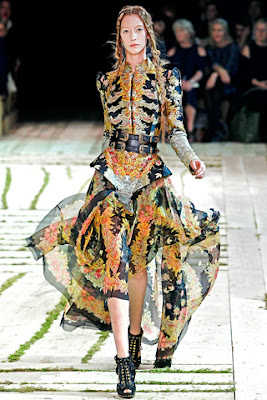 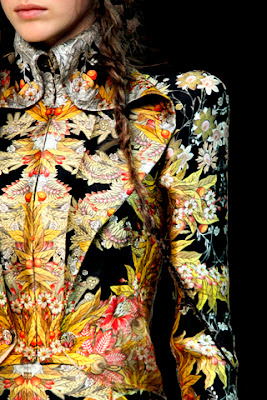 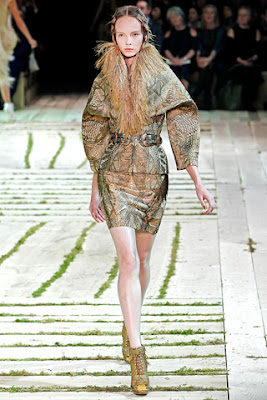 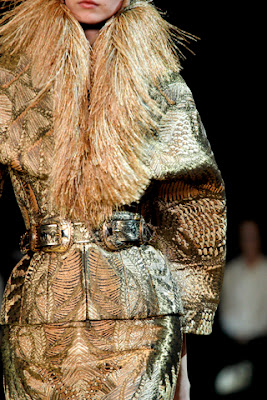 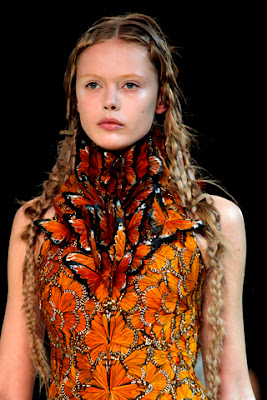 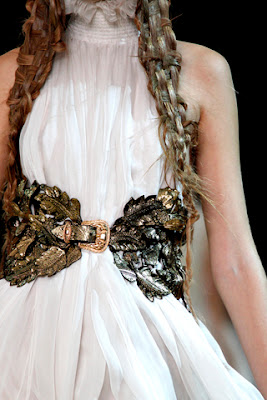 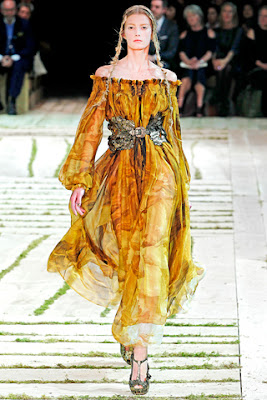 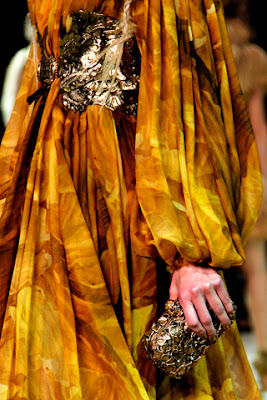 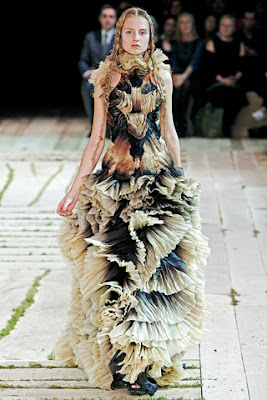 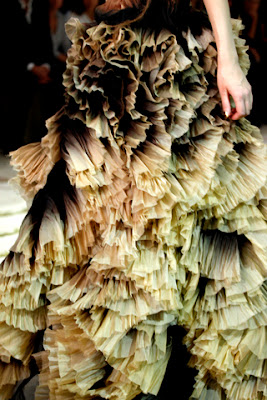 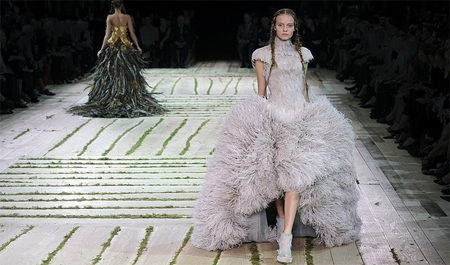