I wish I could cover all my favorites from Paris, but there were simply too many.  My top ten from this season include Chanel, Viktor & Rolf, Lanvin, Celine, Alexander McQueen, Christian Dior, Haider Ackerman, Louis Vuitton, Dries van Noten, and John Galliano.  I've already covered McQueen, and below is the rest of my short list, rounding out my top five.

CHANEL
Karl Lagerfeld really outdid himself with this collection, creating both gorgeous separates and gowns that would look great on women of all ages.  The show itself was spectacular (worth checking out here), located in the Grand Palais, featuring 88 looks, which were accompanied by an 80-piece orchestra playing Bjork.  Amazing!  Karl showed classic Chanel suits and dresses, but updated them with perforated textiles and feather trims.  The standout accessories included laser-cut fingerless gloves, lucite cuffs, and tangled webs of necklaces that looked modern, but stayed true to the Chanel aesthetic.  I sincerely hope someone knocks off those gloves soon, because I need them in my life.  The only real shortcoming of the collection was the shoes, which were rather unfortunate looking. 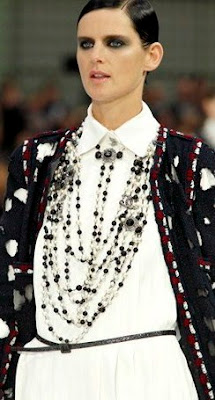 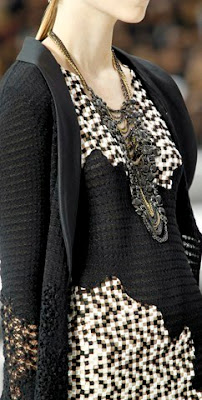 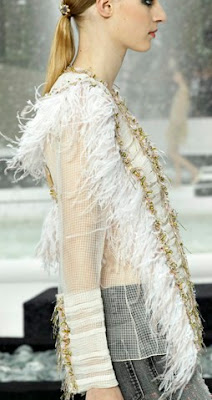 VIKTOR & ROLF
Viktor Horsting & Rolf Snoeren like to have fun with fashion, creating very whimsical, dramatic looks that aren't always wearable.  This season they produced the best of both worlds--a conceptual collection with very sellable pieces.  They took the idea of a classic white button down shirt and exploded it, collaring and cuffing every shirt, dress, and even pants.  The final looks took the button down shirt into new territory--bridal.  The overall effect was fresh, showcasing the duo's talent in creating crisp separates, sculptural gowns, and eye-catching accessories. 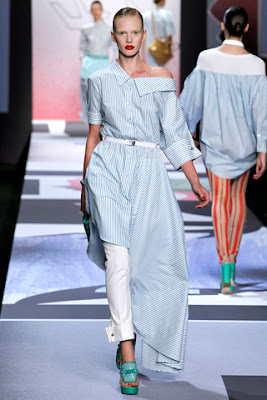 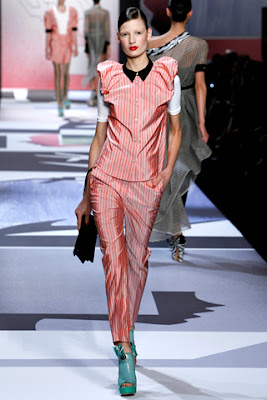 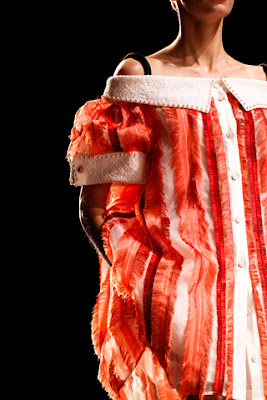 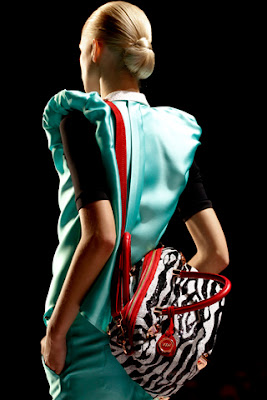 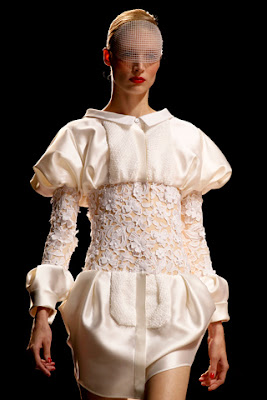 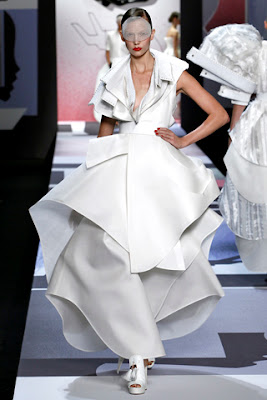 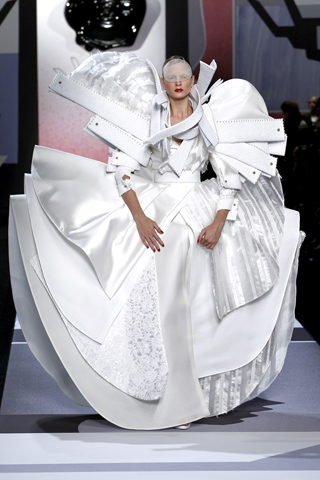 LANVIN
This was a darker, moodier collection for Alber Elbaz than his typical colorful, gown-heavy showing.  Alber showcased more separates and daywear than usual, but my favorites were still the flowing silk chiffon gowns.  The utilitarian color palette, styled with leather harnesses and warrior-like embellishments, gave the feminine cuts and fabrics an edge.  The looks would be perfect for the woman who wants to look both tough and beautiful. 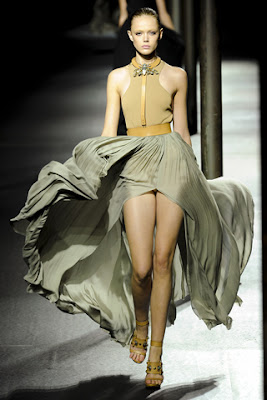 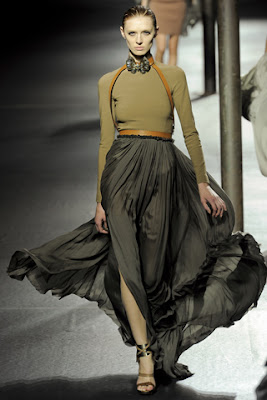 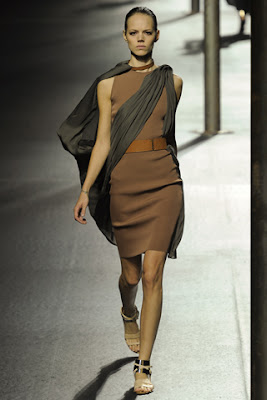 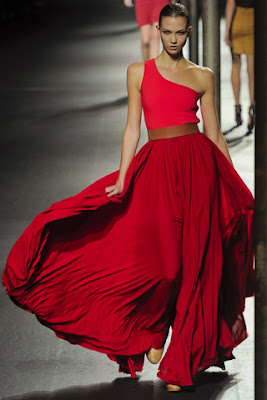 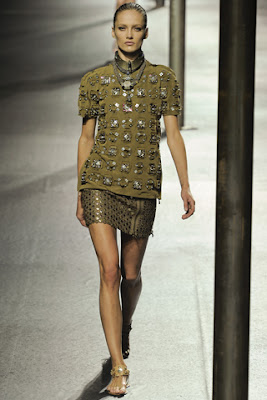 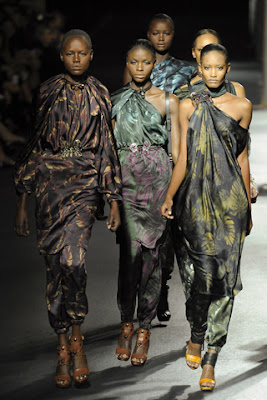 CELINE
Celine has developed a cult following in the past two years, thanks to Phoebe Philo's modern minimalist vision.  This collection was true to form, comprising of chic daywear that a working woman could build her entire wardrobe from. The cuts were less tailored than typical for Celine--the shirts more tunic-like, the pants a bit wider and lower--giving each look an ease and sophistication. 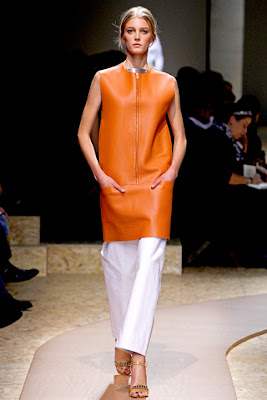 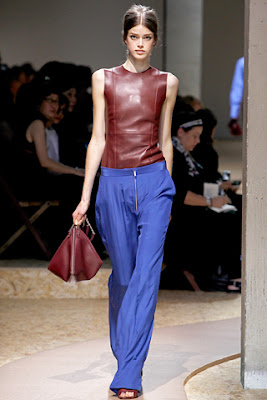 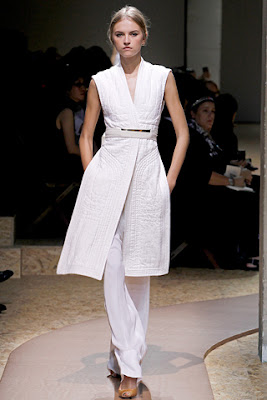 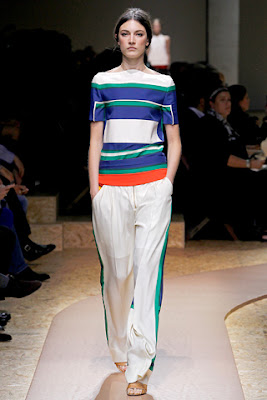 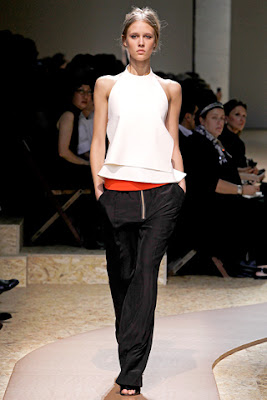 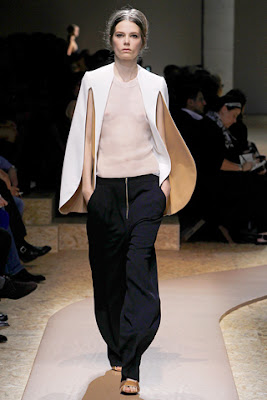